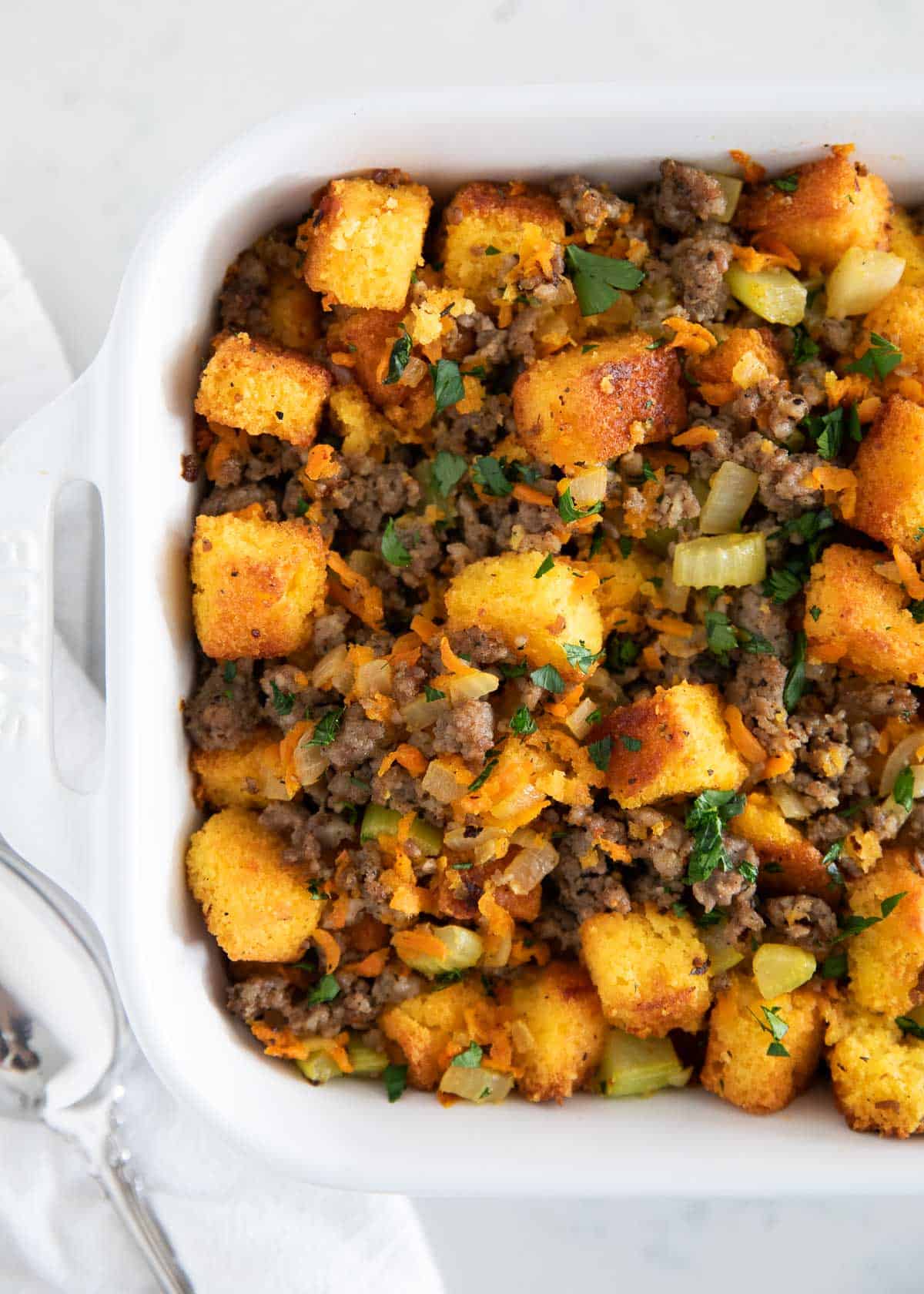 This simple make-ahead cornbread stuffing will easily become the star of any festive meal. Slightly sweet cornbread, sage sausage, veggies, and herbs result in unforgettable mouthwatering flavors and textures that cannot be found in a box!

Stuffing hasn’t always been my favorite Thanksgiving side dish, that is, until I made this cornbread version. I love all things cornbread, so it’s no surprise that this recipe converted me into a stuffing fan. It’s so delicious and tastes astonishing served alongside a roasted turkey. 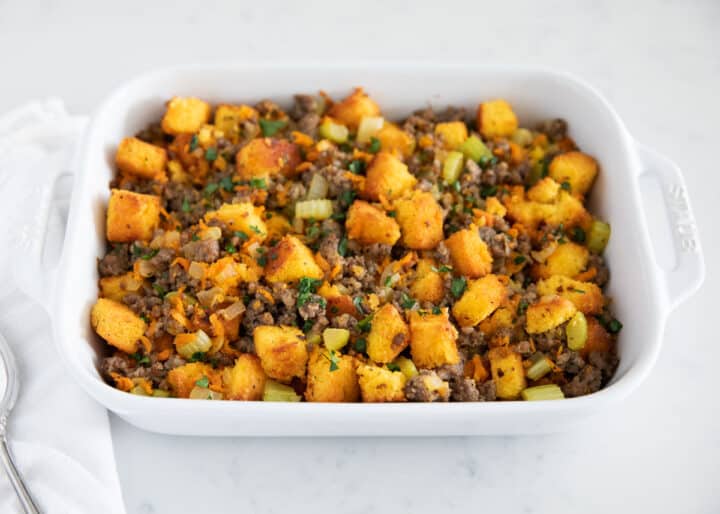 Having traditional side dishes during the holidays is part of what makes a Thanksgiving or Christmas meal so special but sometimes you just want to try something modern! Finding the great dish to introduce to the people you love can be just as special!

This homemade cornbread stuffing encompasses all that we love about traditional stuffing. Soft moist buttery bread, crunchy textures from the carrots and celery, and warming flavors from herbs and spices which arrive together nicely balanced with the heartiness of the sausage. It will compliment your entire meal and let’s be honest, turkey or not, the side dishes are usually what make or break a meal anyway!

It’s so simple to make and tastes so much better made from scratch. Definitely better than anything you’d find at the store. It is a recipe you will arrive back to again and again. Needless to say, it may very well become your modern traditional stuffing! 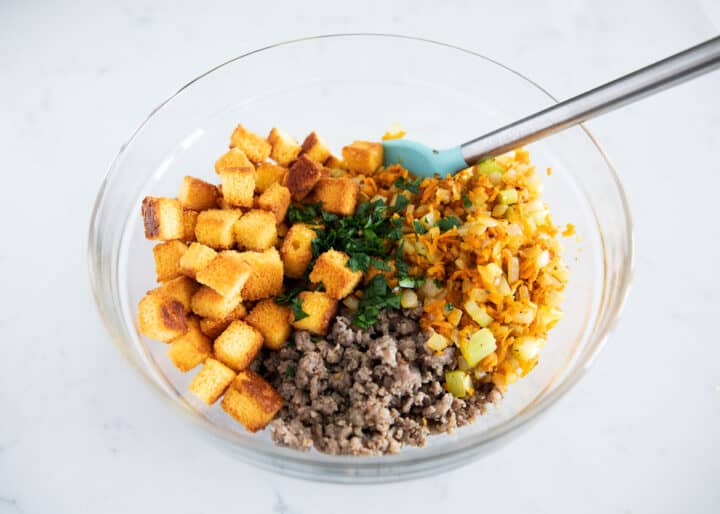 How to make cornbread stuffing 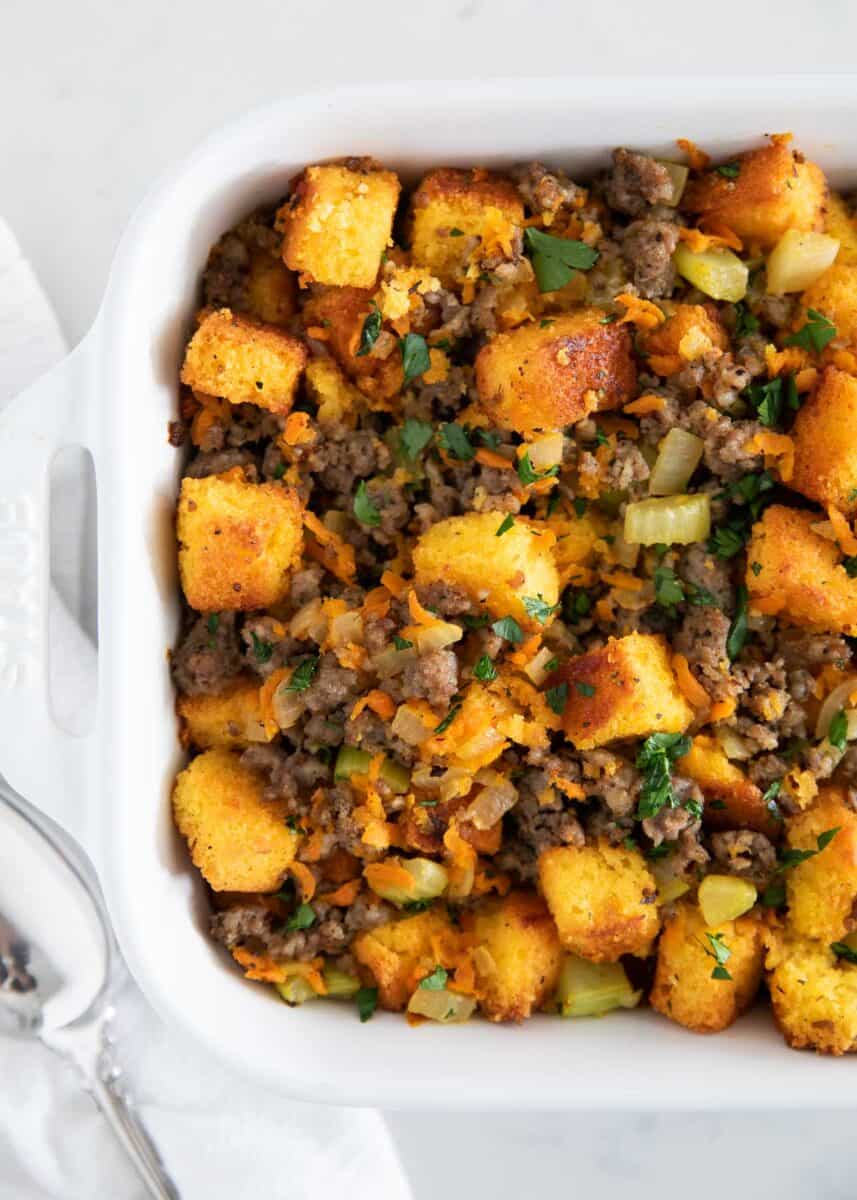 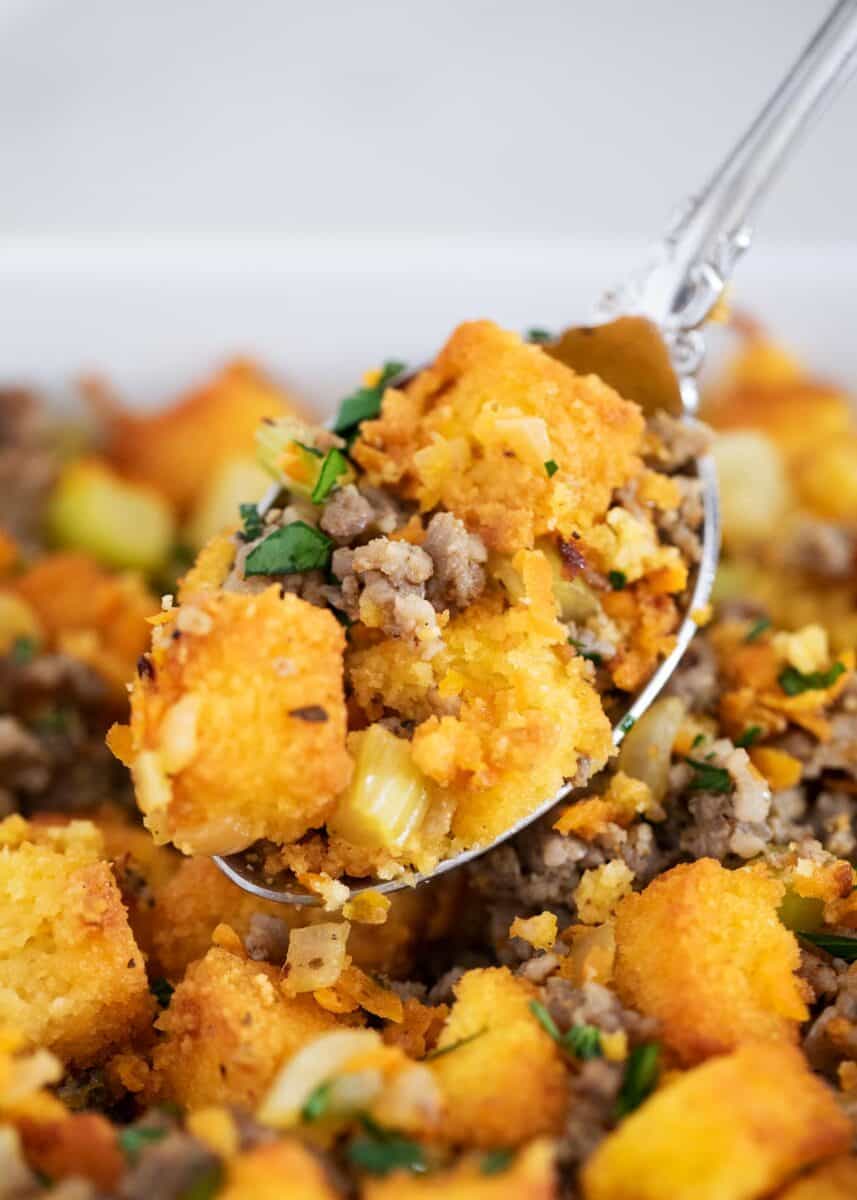 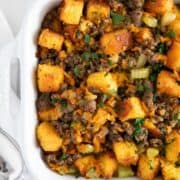 This simple make-ahead cornbread stuffing will easily become the star of any festive meal. Slightly sweet cornbread, sage sausage, veggies, and herbs result in unforgettable mouthwatering flavors and textures that cannot be found in a box!

To make this recipe easier, you can buy store-bought cornbread.
Make-ahead: Prepare as directed and instead of baking, cover with foil and place in the refrigerator. When alert to bake, remove stuffing from the refrigerator and let sit on the counter for 20 minutes while the oven preheats. Then bake as directed. You may need to add 5 extra minutes to the cooking time.
Variations: