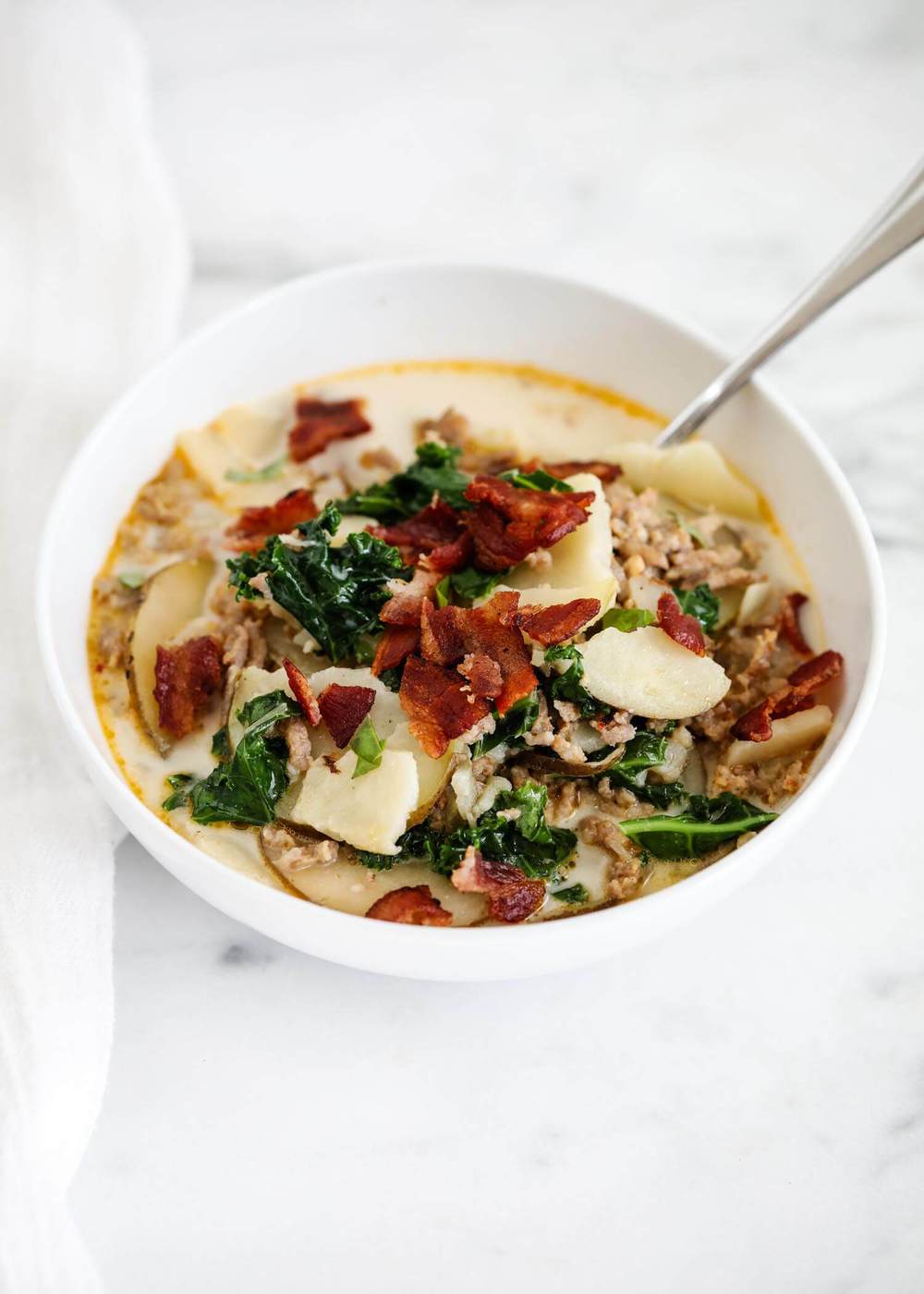 Comforting and delicious zuppa toscana soup loaded with potatoes, sausage, kale and bacon. Full of flavor and has the great amount of spice. Plus, it’s made in just one pot in less than an hour!

Although we love going out to eat, sometimes it’s much easier and inexpensive to make dinner at home. This zuppa toscana tastes just like the soup from Olive Garden, but can be enjoyed from the comfort of your own home. Some of my other favorite Olive Garden copycats are my chicken gnocchi soup and this pasta e fagioli. 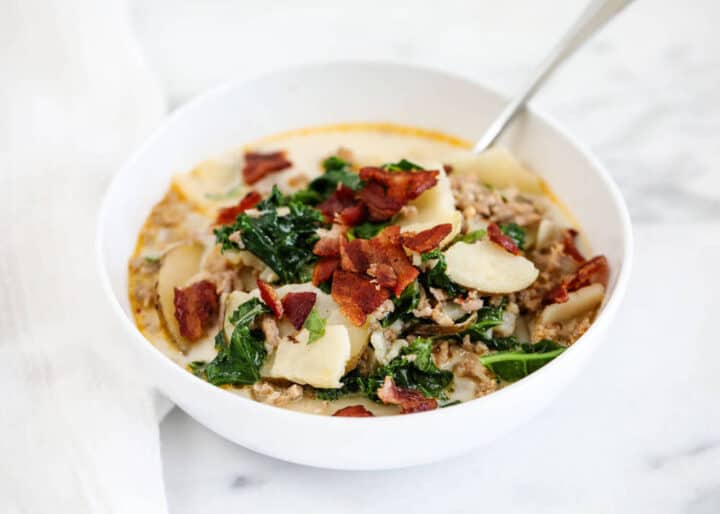 This zuppa toscana soup is a copycat from Olive Garden and is one of my absolute favorites soups to make during the winter! It’s so comforting, flavorful and filling. Plus, the top part about this recipe is that it only takes one pot and is done in less than an hour!

It’s loaded with potatoes, sausage, kale and bacon and has just the right amount of spice. Sometimes I’ll even add a sprinkle of red pepper flakes to give it a small more heat. I also love to serve it with some fresh dinner rolls or garlic bread. Simply irresistible. YUM! 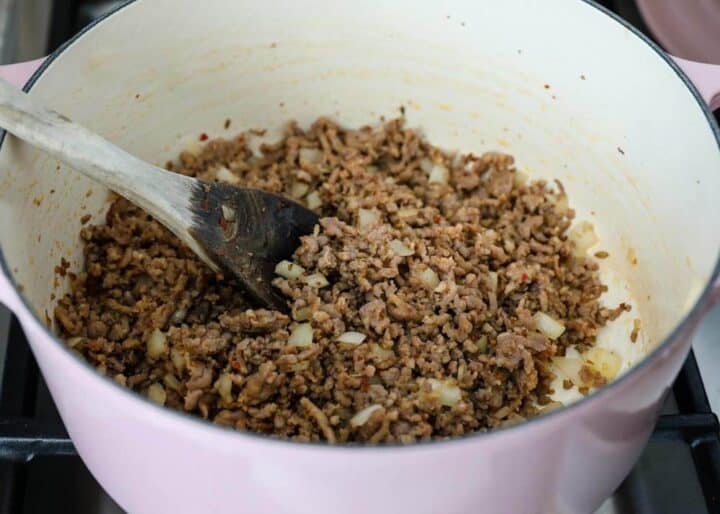 How to make zuppa toscana 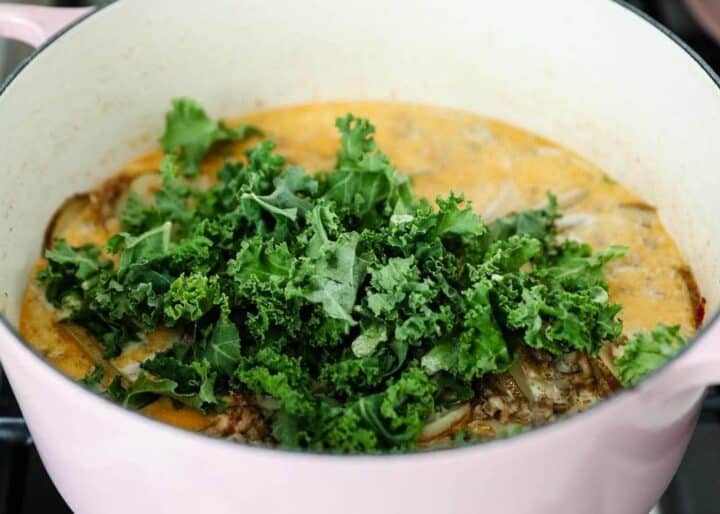 This recipe can also be made in the crockpot. First, you’ll need to cook and crumble the sausage and onions on the stove top. Then place all the ingredients in the slow cooker (except the cream and kale). Cook on low for 6-7 hours or on high for 3-4 hours. Then add the cream and kale about 10 minutes before serving. 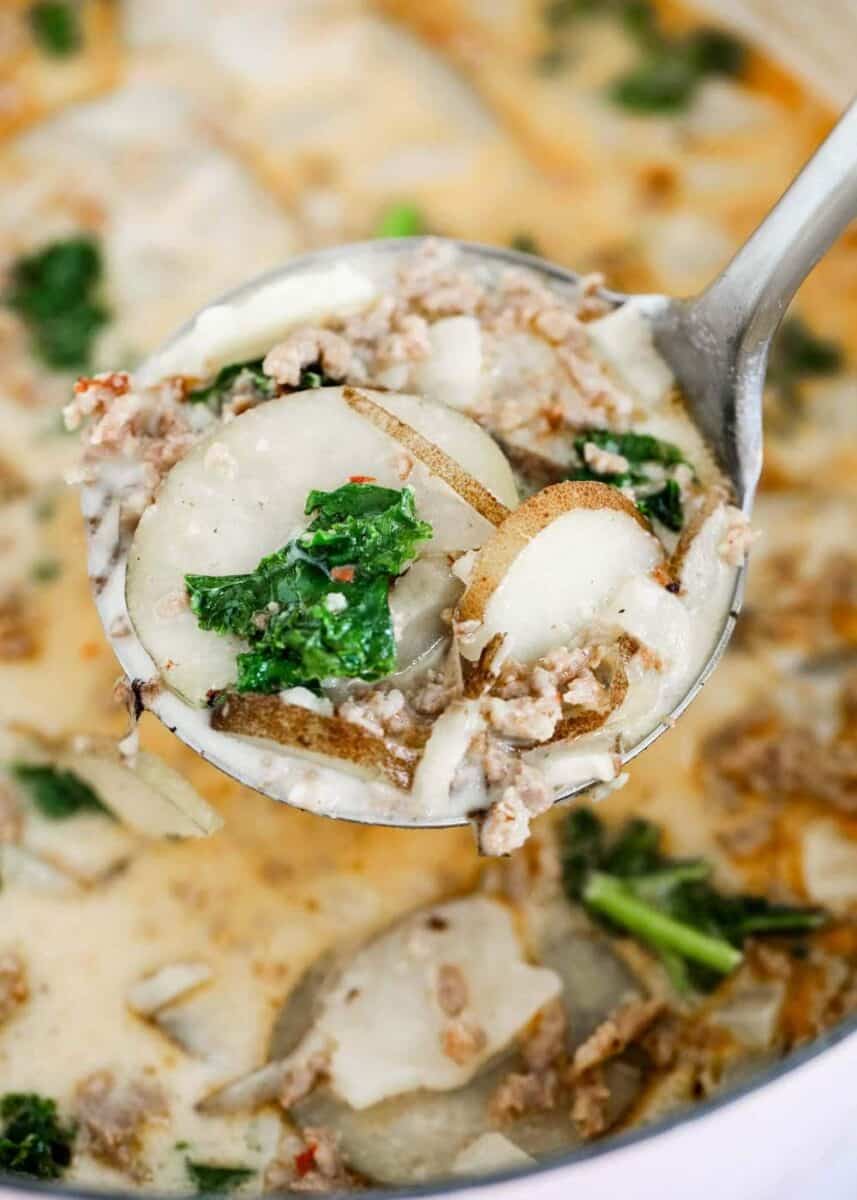 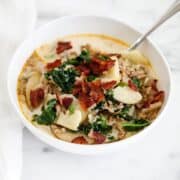 Comforting and delicious zuppa toscana soup loaded with potatoes, sausage, kale and bacon. Full of flavor and has the great amount of spice. Plus, it’s made in just one pot in less than an hour! 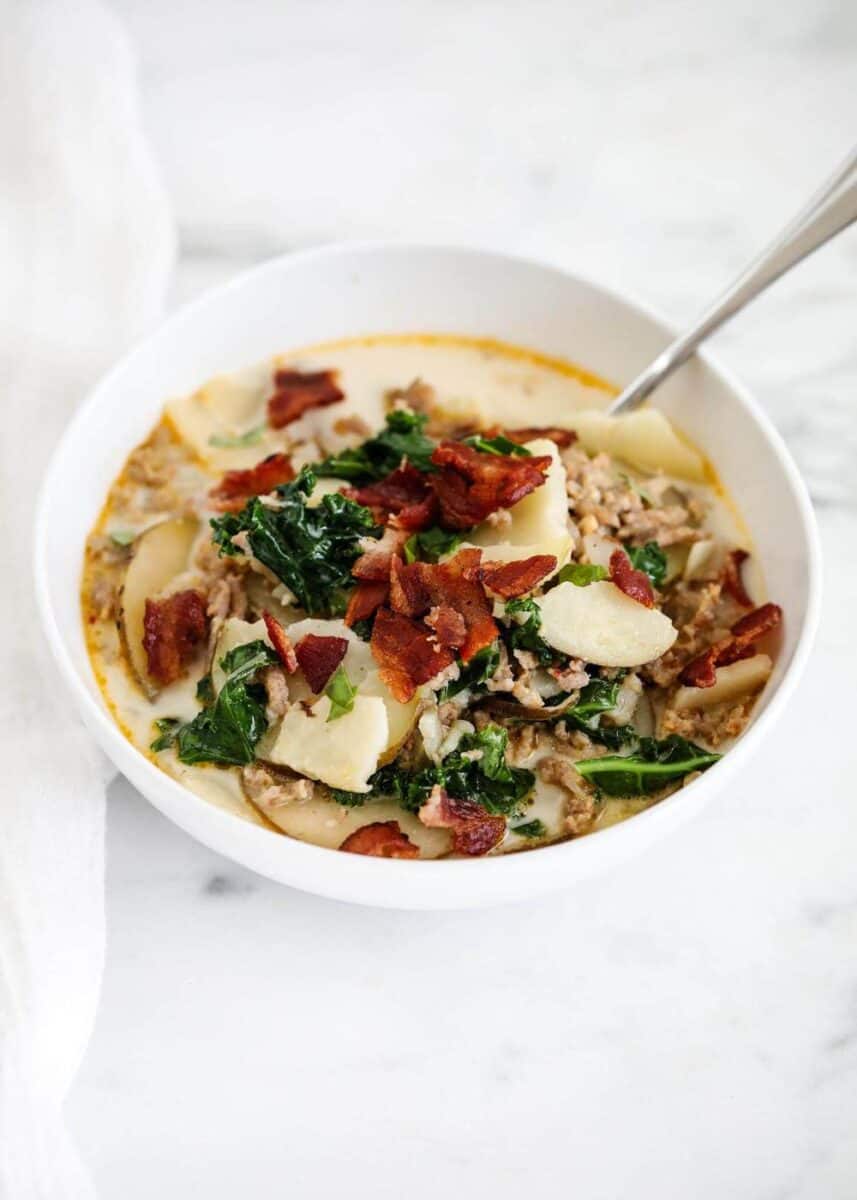